Kent Hovind (Doc Dino) is one of the leading lights in the field of Young Earth Creationism, the notion that there is scientific evidence for a hyper-literal reading of the Book of Genesis. YEC implies that the world is roughly 6,000 years old and dinosaurs and humans must have co-existed.  Nearing the end of a long sentence for tax related crimes, Hovind found himself on trial this week for fraud and contempt of court related to filings on properties seized in connection with his first conviction.  His co-defendant Paul John Hansen was the trustee of Creation Science Evangelism, Hovind's ministry. Hansen challenges the authority of the government in many areas, including the right to bring him to trial in the federal court in Pensacola.

A copy of the indictment is available here.

There has been an intense social media campaign on the part of Kent Hovind's supporters.  The most vocal Hovindicator is probably Rudy Davis whose youtube channel LoneStar1776 has been all Doc Dino all the time for several months.

Ben Sheffler reports on the jury verdict delivered this afternoon and the immediate reaction.

After more than eight hours of deliberating Kent Hovind and Paul Hansen's fate, the jury asked if they could return their verdict at 10:30 this morning.

Forty minutes later, the court reporter read the verdict, which found Hovind guilty of contempt of court. The jury was "hopelessly deadlocked" on several charges, including his two mail fraud charges and one attempt and conspiracy to commit mail fraud charge, and they were unable to agree on a verdict.

After being notified a verdict had been reached, Chief U.S. District Judge M. Casey Rodgers gave the attorneys a few minutes to discuss with their clients whether they wanted to proceed, since there was confusion when the jury said they were deadlocked on "three counts as to five charges," with one juror not changing his mind. The jury was unanimous on "four counts as to four charges."

The defense attorneys and the prosecution both said they'd like to proceed with the verdict. Judge Rodgers told the attorneys they'd done an "excellent job" for their clients, and said she appreciated how professional they were with each other.

There was about double the security inside the courtroom from previous days as the verdict was read. Beforehand, Judge Rodgers warned the courtroom that any display of emotion would result in immediate removal. She also said she would not allow the jury to feel bad for performing their civic duty. Everyone in the courtroom complied and remained quiet throughout the proceedings.

Thomas Keith, Hovind's public defender, asked for expedited sentencing, and Judge Rodgers said she'd talk with probation to see how long it would take them for their pre-sentencing report.

Hovind's guilty verdict on count three, contempt of court, stems from violating a June 28, 2007 order forfeiting substitute property, which forfeited his right, title and interest of the Creation Science Evangelism and the CSE trust properties and a June 27,2012 order forbidding the file of liens and similar documents.

Hansen's guilty verdicts on counts five and six, both contempt of court, are for violating the June 28, 2007 order and failing to appear before the grand jury Aug. 19, 2014 to provide handwriting samples and major case fingerprints, respectively.

The sentiment from Hovind's supporters, who one last time filled the courtroom, was that while the guilty verdict for count three is disappointing, the rest of the outcome was a victory.

Joshua Joscelyn, who worked for CSE shortly after Hovind's first trial, said it was nothing short of a miracle.

"Sitting in that courtroom listening to (Assistant U.S. Attorney) Tiffany Hope Eggers throw everything she had against him, and we're talking every document she could come up with, every dramatic rhetorical tool and trick that she's ever learned, and it did not look good," he said.

Joscelyn was prepared for the worst, thinking Hovind would receive multiple convictions.

"I thought they were going to convict him on just about everything, even though there was no evidence in my estimation," he said. "It was just fluff, but it was impressive fluff and it was convincing fluff, and I was hoping the jury could see through it and somehow they did."

One of Hovind's more dedicated supporters, Rudy Davis, also said it was a miraculous victory.

"I think the Lord God Almighty worked in a mighty way here," he said. "They threw their best lawyers, they had five days of prosecution, they read hundreds of documents, hundreds of emails, voicemails they had sequestered, everything they could throw at the man."

While Davis said the court was against Hovind, he maintained that the fight to correct the perceived injustice against Hovind will continue.

"I believe this entire court was slanted against Kent Hovind, and I don't think anything's going to stick that happened today," he said. "We're never going to give this up; we're going to keep making noise and shining light."

One Hovind supporter mentioned to several others that they should write letters to Judge Rodgers and local Congressional leaders in support of Hovind requesting a pardon and for this conviction to carry a light sentence.

"It's my understanding she has unlimited maximum sentence," Davis said. "I think that she will try to give him the longest sentence that she possibly can; that has been her history."

Although everyone seemed pleased with the outcome, not everyone was focused solely on that. Alan Hoyle plans to file an affidavit describing instances where he believes Judge Rodgers has violated the Constitution. He said one of the biggest issues is the jurisdiction of the court.

"The Constitution says to be accused of a crime, the trial has to take place where the crime occurred," he said. "The main charges that they tried to get him on was mail fraud...but that took place either in Nebraska where Paul was at or in South Carolina where Kent was at, so the jurisdiction is not here in Pensacola according to the Constitution."


Eric Hovind, Kent's son, politely declined to comment, but he seemed to be in good spirits. 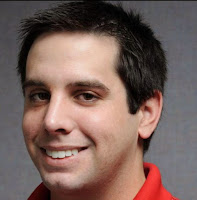 Kent Hovind and Jo Hovind v USA - IRS has a copy of the final order from the trial.  On count three of the indictment the jury was to separately find whether Kent had violated each of two court orders, one issued in 2007 and the other in 2012.  The jury found that Kent had violated the earlier order, but not the later.  Here is a copy of the order.