The Creation Science Evangelism Ministries Inc. Form 990 is finally up on guidestar.  Bob Baty put out the word on Facebook.  Form 990 "Return of  Organization Exempt From Tax" is an informational return.  It is filed with the IRS, but it is a public document.  It is essentially a financial statement with a good amount of supplemental information.  The period covered is calendar year 2016. 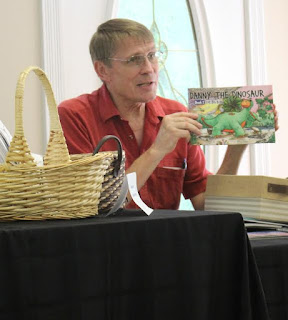 Form 990 is due four and half months after the end of the year covered with a six month extension being allowed.  That makes the due date November 15, which is when the return was filed.  It takes a while to get it up on guidestar, so this is about when you would expect it to be available.

The preparer is listed as Brian R Finch CPA of Geneva, AL.  For whatever it is worth the Alabama State Board of Public Accountancy shows a Brian Ross Finch holding Certificate Numbe 9331 issued on February 3, 2003.  I was thinking of giving him a call, but it is tax season and I'm busy and he is probably busier.

Big picture CSE took in $680,103 in contributions and grants.  There were a total of $224,055 in expenses.  The biggest category was computer expense which when combined with "information technology" came to over $42,000.  Next up was over $28,000 in "food for vendors", which struck me as an interesting way of putting it.

$466.798 went into land, building and equipment, which is capitalized rather than expensed leaving only $342 of cash at the end of the year.

The board consists of President Ernest Land, Secretary Diane Hommel (The famous Lady Di), Treasurer Cody Land, Director Gill Sardi, Direcotr J R Hughes and Pastor Kent Hovind.  There is probably a slip-up in the return, as it shows Ernie working 20 hours per week and the others all at zero. Schedule O disclosure tells us that Cody is Ernie's son.  According to a note at the end of the return the board was emailed the 990 on November 14 and it was filed the next day.

Some Nits to Pick

Given the number of typos that worm their way into my writing I should not go grammar Nazi, but the mission statement\significant activities hits on one of my biggest bugaboos


To educate society on bible creation, and biblical principals.  This purpose was to help generate a better society by teaching these principals.  The teaching includes scientific support of the bible teaching.  (Emphasis added)

I'm pretty sure they mean "principles".

On Page 10 the expenses are supposed to be divided into three categories - Program service - Management and general - Fundraising.  The put everything under program service, which I understand is generally frowned upon.

Schedule A is pretty interesting.  It is where you say why you are not a private foundation.  They chose "church".  Now as it happens, if they do qualify for church status filing Form 990 is optional so you could say they are being extra transparent.  On the other hand, if they had checked Box 7 rather than Box 1, they would have had to give more detail about the contributions, basically indicating how much of the contributions were large donations.

Schedule O at the very end is how we know that Cody is Ernie's son and that the board had little time to review the Form 990.  It also tells us that Ernie owns 100% of the common stock.  I am not used to not for profits have stockholders, but maybe things are different down in Alabama/

The other matter of interest on Schedule O is that Governing documents are available by request to the board of directors.  I don't know if an enterprising Hovindologist will test that.  If you do let me know how it goes.

Not A Bad Job Overall

If you have never dealt with Form 990 before, trust me when I tell you that the nits that I just picked are pretty common.  I don't see anything in here that is inconsistent with Kent Hovind's messaging.

Well, it's nearing one of the high points of tax season, so I am moving on.